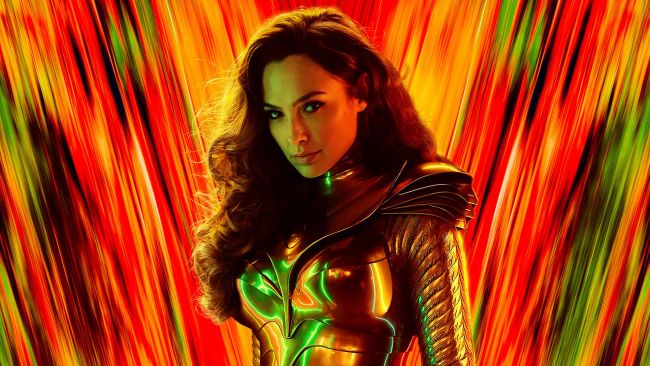 The fate of the world rests in Wonder Woman’s hands once again. While some of spring’s biggest blockbusters are running for the hills in the face of the spread of coronavirus around the United States, it sounds like Warner Bros. and DC Films are still intending to release Wonder Woman 1984 this summer.

It’s been nearly three years since Patty Jenkins’ Wonder Woman was released to critical and box office success. A sequel was quickly green lit but the wait has been excruciating. Gal Gadot’s return as Diana Prince is now scheduled to happen in June, and to celebrate this milestone moment, Warner Bros. and DC Films have gifted fans with a new poster featuring the Wonder Woman sequel star clad in her brand new armor.

The sequel to 2017’s Wonder Woman is slated to be the second DC movie released this year, following the launch of Birds of Pray (And The Fantabulous Emancipation of One Harley Quinn) in February.

This new Golden Eagle armor doesn’t just make Gal Gadot look like a badass queen. It’s brought out during times of war. In fact, in the comics, Wonder Woman comes to blows with Superman and uses the armor to help take on the Man of Steel.

The new Wonder Woman 1984 poster is made in the same trippy, neon style as the character posters unveiled at CCXP in December 2019. Bright golds, oranges, and reds are swirling around the Princess of Themyscira in an oil-slick pattern. In profile, the superhero bends the knee as she shows off a new view of her golden armor.

Chris Pine is also returning for Wonder Woman 1984, and the movie is also bringing in Kristen Wiig and Pedro Pascal as the villains Cheetah and Maxwell Lord. Patty Jenkins is again directing from a script she co-wrote with Geoff Johns and David Callaham.